This chapter is the first map introduced for the novel. 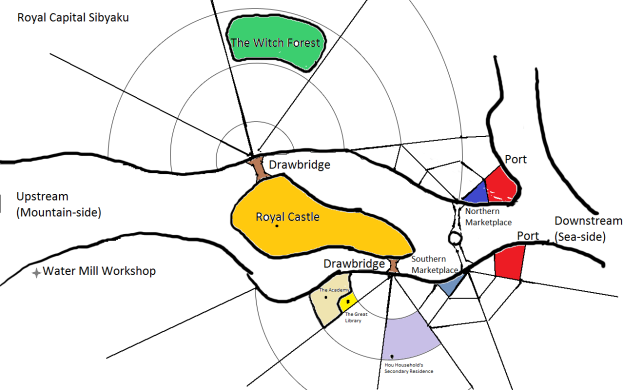 It flourished as a base for the western edge of the Great Shantilla Empire in the past. Later, when the Kingdom of Shaalta was established, a dazzling royal capital was built on the land where the government office was located and it became the nation’s capital.

The royal castle was located in the central part of a small island called the Royal Castle Island, and the castle was surrounded by a strong fortress.

In the history of the Kingdom of Shaalta, the castle was caught on great fire twice due to the rebellion of a General Household. The General Household, who burned down the town, couldn’t reached the Royal Castle Island because they were attack by other General Household at the rear. Both Households collapsed.

This site uses Akismet to reduce spam. Learn how your comment data is processed.

Thank you so much and I really appreciate it! :D